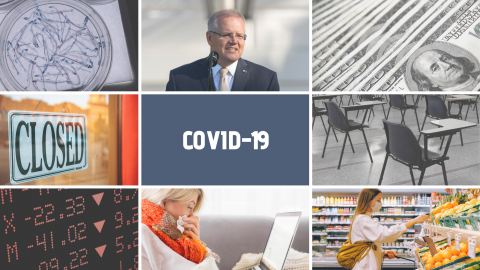 We have put together two videos discussing this topic and will continue to bring you updates as we all move the Coronvirus situation.

Bruno arrived in Adelaide as a student visa and fell in love with Australia's laid back lifestyle.

Australian Partner Visas and the Effects of COVID-19 “Coronavirus” - FAQS As we write this update, we have a very many people worried for the future and concerns for loved ones abroad and in Australia due to the disruption the Coronavirus crisis is causing as the number of confirmed cases

rise globally by the hour.

At this point in time, many plans for the future have been disrupted as a result of the lockdown or shutdown of airports and countries to foreigners.

Our thoughts are with anyone who finds themselves in this position. As specialist in the area of partner and family migration we have been considering how the Coronavirus crisis may be affecting you and created

the following Questions and Answers below:

As the Visa subclass 491 is still quite a new visa subclass for the Australian Department of Immigration, we have been receiving a huge amount of questions, so we thought we would collate them all in one place. Hopefully you will find these answers useful, if you don’t find the answer to your 491 visa question please email us at This email address is being protected from spambots. You need JavaScript enabled to view it.

In 2018, one quarter of all Australian marriages were between a local and foreign born person.
That’s 28,452 marriages in Australia and potential spouse visas. (Source: https://www.smh.com.au/lifestyle/life-and-relationships/home-is-where-the-heart-is-or-is-it-20191223-p53mgt.html)

Partner visa processing times have steadily increased over the past two years.

We have previously written about the processing times here: https://www.workvisalawyers.com.au/news/all/australia-partner-visa-processing-times-update-march-2017

The current processing times are such that for a Temporary Partner (subclass 820) visa (onshore) 22 to 29 months on the Home Affairs website (https://immi.homeaffairs.gov.au/visas/getting-a-visa/visa-listing/partner-onshore/temporary-820)

And for a Partner Provisional (subclass 309) visa (offshore) 17 to 20 months on the Home Affairs website (https://immi.homeaffairs.gov.au/visas/getting-a-visa/visa-listing/partner-offshore)

The Department is receiving more applications in a migration program year (same as the financial year, from 1 July to 30 June) than it will be able to process in that year, which is affecting your ability to get the visa granted.

The Australian 2019/20 bushfire season has been one of the worst natural disasters our country has faced.

We have previously discussed the impact of the bushfires on various visa subclasses in our recent article: https://www.workvisalawyers.com.au/news/all/how-will-the-bushfire-crisis-impact-on-australian-visas-and-immigration-1.html

Among the affected visa holders, Working Holiday (subclass 417) and Work and Holiday (subclass 462), have felt the biggest impact. Working holidaymakers may have experienced disruptions to their work and thus, are unable to meet the specified work required to extend their visas. Others may have been turned away from fire and drought affected areas as there is simply no work available. 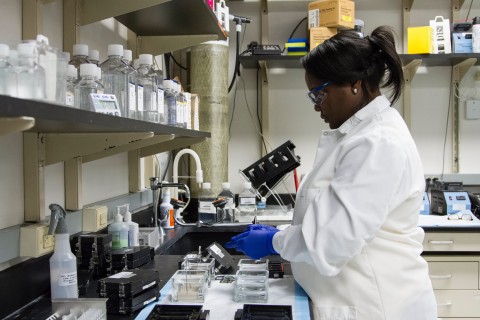 From midnight tonight the following activities and businesses will no longer be allowed to continue:

Starting from 9:00pm AEDT today, all non-residents and non-citizens will not be allowed to enter Australia. Australian citizens, permanent residents and their immediate family members will not be affected by the travel ban but will be required to self-isolate for 14 days upon returning in Australia.

Following the Australian Government's advice against public gatherings, a majority of Australian Citizenship Ceremonies has been cancelled for the foreseeable future. This has caused significant delays for the affected future-citizens as they are not considered to be Australian citizens until they have attended a ceremony and made the pledge.

Prime Minister Morrison today announced that a travel ban will be placed on all non-residents and non-Australian citizens coming into Australia from 9:00pm tomorrow.

Deputy chief medical officer Paul Kelly says there are no medicine shortages in Australia, but restrictions are being put in place immediately because unprecedented demand is putting strain on supplies. Importantly sales pof particular over-the-counter medicines, including Ventolin and paracetamol, will be limited to one unit per purchase.

Qantas has announced that it will stand down 20,000 of it's staff as it will suspend all scheduled international flights from later this month, following the latest Federal Government travel advice that Australians should not go overseas because of the coronavirus pandemic.

Globally estimated at 207,855 confirmed cases and 8,648 deaths, 166 countries and territories with cases, 697 associated with Diamond Princess

Australia 565 confirmed cases and 6 deaths:
265 in New South Wales
94 in Queensland
37 in South Australia
10 in Tasmania
121 in Victoria
35 in Western Australia
1 in ACT
0 in Northern Territory

As of midnight last night all new overseas arrivals must isolate for two weeks, the Prime Minister Scott Morrison has also banned all Cruise Ships from foreign ports for 30days.

VETASSESS has decided to cancel all offshore practical trade assessments effective immediately. Assessments for professional occupations are not affected by this, but it will affect these planned offshore

VETASSESS has advised Trades Recognition Australia (TRA) and they will contact the affected applicants who were planning to attend a VETASSESS offshore assessment venue immediately.

A positive note for international students, the Department of Home Affairs on Friday announced Australia’s major supermarkets such as Woolworths and Coles will temporarily be able to offer more hours to

Supermarkets around Australia are struggle to keep up with the extreme demand for household essentials like toilet paper and tissues and non-perishables such as rice, pasta and canned foods.

“To keep up with this demand, supermarkets have told us they need to give extra hours to current staff to stock shelves and serve Australian customers. While many of these will be Australian workers, international

students will also be able to increase their hours,” Mr Tudge said.