What does the federal election result mean for Australia's immigration program? 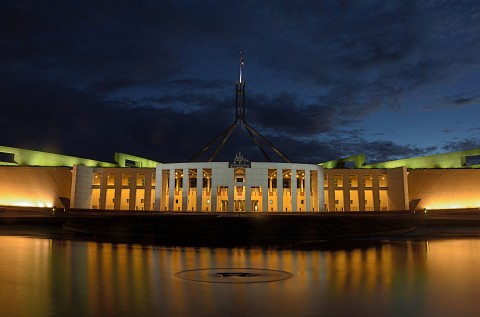 After months of campaigning the Australian Federal Election was run and won on Saturday, with the Liberal and National Party Coalition led by Prime Minister Scott Morrison being returned to government. What does this mean form Australia's immigration program going forward?

Several changes had already been in the pipeline and there is no reason to expect that these will change. Prime Minister Scott Morrison has previously made it clear that the Government's migration plans would aim to “take pressure off in those cities that are straining, while supporting the cities and towns that are keen to have stronger growth”.

New skilled regional visas have already been scheduled for 16 November 2019. We have previously detailed all the changes here, but here are the basics:

With a new permanent visa pathway:

The use of DAMAs to facilitate more flexible employer sponsored migration options for specific regions is expected to grow. Following the release of the first DAMA covering the Northern Territory, details of the South Australian DAMA have been released with applications commencing from 1 July 2019.

Some information is available for the Great South Coast DAMA (covering the area around Warrnambool in Victoria), with more details expected to be released in the coming months. There are potentially more areas to be added in the near future including, the Orana region of NSW, the Pilbara and the Kalgoorlie-Boulder regions in Western Australia, as well as Cairns in Far North Queensland.

An extra year extra year of post-study work rights will be available to the cohort of graduates from 2021 that hold a Temporary Graduate subclass 485 visa. This will only be available for graduates from an institution in Regional Australia, and in the case of a Bachelor degree holder would mean three years of post-study work rights. You can read more about this change here.

Originally planned to be introduced on 17 April 2019, this new requirement has been postponed with no commencement date currently published. The new requirement is that sponsors for family visas be approved before a visa application can be lodged. It will apply to all Prospective Marriage Visa,  Partner Visa or Parent Visa applications, and you can read more about it here.

Earlier this year Prime Minister Scott Morrison did announce that immigration would be capped at 160,000 migrants per year for the next four years, a reduction of 30,000 based on the previous limit of 190,000. Within in this cap of 160,000 the share of regional visas has been increased significantly and it will be interesting to monitor whether the actual numbers of migrants reflects this new focus.

Whether this cap is maintained over the three years of the government's term is unknown, and will be determined by Australia's economic conditions and labour market trends.

As highlighted above, the continuation of migration policies aimed at growing regional Australia will have benefits to those communities.

This includes regional employers that will continue to have greater access to skills through expanded occupation lists and concessions through Designated Area Migration Agreements.

(08) 8351 9956 or This email address is being protected from spambots. You need JavaScript enabled to view it.