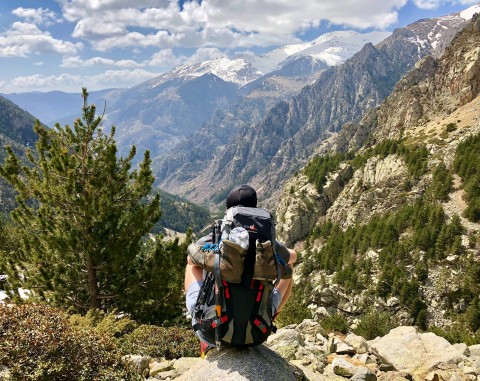 The changes to the Working Holiday Visa Include:

Find out more about the Working Holiday Visa here.

Changes For Length of Stay

Changes For where to Work

The subclass 416 visa, which enables Pacific Islanders to work in local industries that are facing employment shortages, has also been improved. The visa will now allow Pacific Islanders the opportunity to stay up to 9 months, instead of the current 6 months.

Why Are These Changes Being Implemented?

In short, these changes are being implemented to address the current regional worker shortages and to improved the local regional economy.

Even though Australia’s agricultural sector is currently valued at over $63 billion, we have been witnessing an outcry from regional employers that they are struggling due to being understaffed.

“Australians filling Australian jobs is my number one priority but when this isn’t possible we need to ensure our farmers aren’t left high and dry with rotting crops, especially in the strawberry industry,” Morrison said on Monday during a week-long tour of Queensland (Business Insider).

“We want more money in the back pockets of our farmers.” – Scott Morrison

Recently, Home Affairs attempted to create a new visa aimed to specifically encourage migrants to work in regional areas. While the new regional visa has not made any headway, “Deputy Prime Minister and Nationals leader Michael McCormack denied the changes were an admission his party’s push for an agricultural visa was dead in the water” (InDaily).

“It was always going to be difficult to get a specific ag visa in time for this harvest but we are working towards making sure there are more permanent arrangements in place,” McCormack continued.

In the past year, around 419,000 backpackers visited Australia, and spent around $920 million in regional towns. Morrison hopes that after implementing the new visa changes that figure will grow to $1 Billion. Morrison also mentioned that the backpacker’s tax which currently sits at %15 percent will not be changed. This means that there should be a large opportunity for local, State, and Federal economic growth.

“They don’t go home with any money in their pocket,” Morrison said, “Everything they earn here, they spend here.”

All in all, there are two major concerns with the amendments to the Working Holiday Visa. The first being that many believe that this will negatively affect Pacific Islanders. The second being that backpackers have not always been treated fairly when working in Australia.

Matthew Dornan, deputy director of the Development Policy Centre, said the announcement was just a “quick fix” as a reaction to lobbying by farmers, and the result was “an agricultural visa pushed through the back door.”

The Seasonal Workers program has been met with a large amount of red tape, including a higher degree of regulation, administration, and pastoral care duties. Still, Pacific Island workers have been returning annually and were worth the investment, said Dr. Tess Newton Cain, principal of TNC Pacific Consulting.

Fijian politician Biman Prasad, said this is a “very damaging decision for the Pacific Islands and the SWP.”

Dornan said there were many other changes that could have been made to the program, which would have helped employers as well as Pacific Islander workers, such as reducing red tape, allowing the sharing of workers between employers, and shortening the application process (The Guardian).

While the major concern going forward may be about the future for Pacific Islanders, looking back, many backpackers holding the Working Holiday Visa have not been treated fairly.

A report published last week found that backpackers in Australia, about a third of whom are paid less than $12 an hour, are owed billions of dollars in unpaid wages (The Guardian).

The Labour frontbencher Andrew Leigh was also sceptical about what he described as a “short-sighted” announcement. Leigh told Sky News, “The government needs to be very clear about how it’s going to deal with those abuses and how it’s going to create more opportunities for Australians to work in agricultural work.”

I’m concerned that the changes might not be enough to meet the demands for agricultural labour.

The question is, what modelling has been done in terms how many Working Holiday Visa holders from Canada and Republic of Ireland currently are working in regional agriculture. Furthermore, how many are likely to arrive as backpackers, and what it their willingness to work for extended periods in an agricultural job.

Also, I have not seen any changes to the current system to ensure that the backpackers are being treated fairly. The Federal government must put sufficient resources into monitoring the Employers and the Visa holders to protect the integrity of the system.

Another concern is that it makes the system more complicated than it already is; having select people able to stay longer but only in specific area doing specific jobs. Many who are eligible may find the rules/obligations difficult to traverse while others who are not eligible may feel discriminated against. For example, people from Ireland are not being given the same opportunities that the people from the Republic of Ireland are receiving.

Positive Outcomes From the Change

While some have referred to the policy change as “short sighted,” others believe that it is a step in the right direction. Overall, changes such as longer stay times, and increased work flexibility have made the Working Holiday Visa more attractive. AUSVEG, the peak industry body for the vegetable growers, has also praised the government for the changes which will help Australian growers manage their labour struggles (Business Insider).

“Backpackers are an established source of labour for Australian farmers, and allowing them to work for longer periods at a single farm will help our growers retain a more stable workforce throughout the year,” said AUSVEG CEO James Whiteside.

The fact is, farmers and regional employers have been lobbying for the government to encourage migrants to live and work regionally.

“It’s great to see the government respond to calls for reform by making these improvements to the visa programs which are currently helping growers manage their labour issues,” said Whiteside. (Business Insider)

The main positive outcome I can foresee is that, if the visa is successful in attracting regional workers, regional and rural towns will see economic growth. By encouraging backpackers to work regionally, there will be a positive affect in the local economy. Specifically, we will see growth in hostels, tourism, and the general region.

While I do not think that this is a perfect fix for regional employers, I do hope that the changes reduce the pressure for farmers in terms of sourcing workers.

Lastly, the opportunity for young persons to stay in the country longer may lead to more people settling in Australia. If a visa holder decides to stay in Australia for the full 3 years it is safe to assume that they may want to stay longer as they have most likely set up some roots. It is also safe to say that some may have a spouse by the end of their time in Australia, which could lead to more Partner Visas.

On 5 November 2018, Home Affairs released amendments for the subclass 417, 462, and 416 visas in hopes to help regional agricultural employers and regional/rural economies.

Some believe that the new amendments are “short sighted,” others say that the regional employers need all the support they can get. While the changes may create less opportunity for the Pacific Islanders trying to work regionally, all in all, the changes have made the Working Holiday Visa more attractive.

It is welcomed news but I believe there needs to be more reforms.

The Federal government must put sufficient resources into monitoring the Employers and the visa holders to protect the integrity of the system. A system with integrity will provide greater benefits over time and will be sustainable.