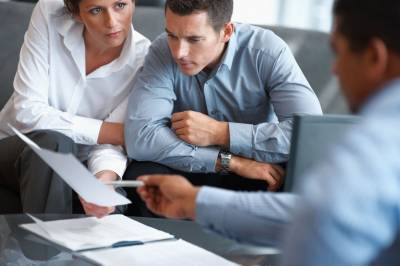 Both reports identified shortcomings and issues with the DIBP process of cancelling long term Australian visas and bridging visas.

In the section 501 report it was noted that a similar investigation was carried out in 2006, which was critical of the then Department of Immigration and Multicultural Affairs (DIMA) for not “always provide(sic) the minister with all relevant information, especially mitigating information, about long term Australian residents when considering the cancellation of their visa”.

Also noted in the section 501 report was the following statistic:

This marks an 1193% increase in annual visa cancellation numbers within a period of 2 years!

The investigation by the Ombudsman was carried out following concerns of the following:

The list of administrative problems identified in the investigation report includes:

With the aim of encouraging DIBP to meet its objective of informing persons subject to visa cancellation under s 501 of their visa cancellation well before the end of their custodial sentence, with the outcome of a revocation request determined before a prisoner’s likely parole date, the report has advised the following recommendations to the DIBP:

The department establish Memoranda of Understanding with all state and territory correction services that facilitates an induction process in prisons that identifies prisoners who are not Australian citizens and establishes timeframes for the provisions of prisoner lists to the department.

The department examine options for improving the processes for obtaining criminal history and sentencing remarks.

The department increase awareness amongst staff of the literacy problems some prisoners face and review the format in which information regarding the cancellation of visas is provided to prisoners.

The department better facilitate access to information on post departure support available for prisoners and their families.

Section 116 of the Migration Act 1958 provides the Minister for Immigration with powers to cancel a visa. Regulations 2.43(1)(p) and (q) describes the circumstances of which the Minister can cancel a person’s Bridging visa. This visa cancellation power has created a situation where:

The Ombudsman has made the following recommendations following their investigations:

That the person who is the subject of a Notice of Intent to Consider Cancellation of a visa under s 116 is given adequate time and resources to seek advice and present their reasons against the cancellation.

That the department provide a person with a written notice of decision, including their review rights translated into their own language, when their Bridging visa is cancelled. The notice should include information regarding:

That the department ensures its case management and escalation framework adequately supports the timely and efficient identification and referral of cases that meet the minister’s guidelines for consideration under s 195A.

The cancellation of visa for persons who have charges against them, but are not convicted, results in detention, which is not imprisonment through the criminal system, but is effectively very similar.

What can be learnt from recent history of the Unlawful detention of Cornelia Rowe:

The Department of Immigration has previously had major problems with lack of oversight and overreach in exercising its powers to detain.

The unfortunate case of Cornelia Rau is in the not so distance past.  Cornelia is a German citizen and Australian permanent resident who was unlawfully detained by the Department of Immigration.  The detention was for a period of ten months in 2004 and 2005 as part of the Australian Government's mandatory detention program.

The detention was the result of the Department of Immigration suspecting she did not hold a visa and was unlawful, when in fact she held Australia PR.

Prior to the detention and during the detention, Cornelia had mental illnesses which made it difficult for her to communicate her visa status.  This did not however excuse the Department in mistakenly detaining her and failing to review her situation for such an extended period.

The Federal Government of the day did investigate the issues surrounding the detention and Senator Amanda Vanstone made an official apology to Cornelia in Parliament on the 14 July 2005.

Cornelia is reported to have received AUD$2.6 million in compensation from the Australian Government as a result of the unlawful detention.

What are the risks of the current detentions?

It appears that the Australia Government may be detaining persons for extended periods even after the criminal charges which form the basis for the detention, have been dropped.

There are many questions to be raised in terms of the detentions including:

-          What follow up is being done to check if the criminal charges are still ongoing?

-          What actions are taken to re-establish the detainee’s visas if the allegations prove to be false?

-          What access to legal advice is being afforded to the detainees?

-          What actions are being taken to allow those detained to have access to interpreters to understand the legal process?

-          Are reasonable oversights being exercised to determine if the risks to the community are high or low with the release of the person on a Bridging visa?

Such detained persons may suffer a number of hardships and issues including, financial loss, loss of employment, the denial of access to family including Australian citizen children and potentially developing mental health problems.

Such behaviour may put the DIBP at risk of civil actions, for example for false imprisonment and/or for negligence.

There is no doubt that there are an increasing number of visa cancellations by the DIBP, especially with the additional scrutiny on visa holders with character concerns. Unfortunately the frenzy of cancellations has also created problems for visa holders and their families, especially when the criminal charges are withdrawn following further investigation by the police. A resolved criminal matter does not mean that your visa status in Australia is resolved as well.

As such it is very important to seek the advice of a Migration Lawyer when you received a Notice of Intention to Consider Cancellation (NOICC) from the DIBP. While a criminal lawyer may assist you with the criminal case, implications to your Australian visa status is best explained to you by a migration lawyer.

If you need further information about what to do when you visa is being considered for cancellation or have already been cancelled, read our visa cancellation article to know more.

This information is accurate on 13 February 2017