Government Committee to launch inquiry into migration in regional Australia - Can congestion be addressed by regional visas? 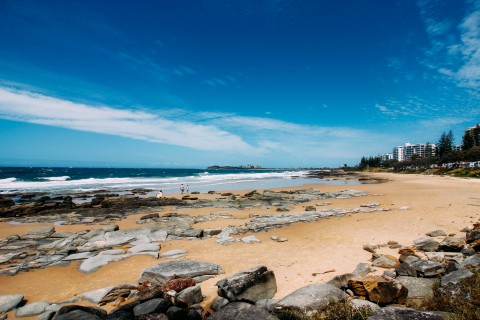 The Minister for Immigration, Citizenship, Migrant Services and Multicultural Affairs, the Hon David Coleman MP, has asked the Joint Standing Committee on Migration to inquire into and report on migration in regional Australia.

The major driver behind this enquiry is the growing evidence that Australia’s major cities of Sydney and Melbourne are struggling to cope with the infrastructure costs associated with a growing population, while regional towns and cities continue to experience the opposite.

Infrastructure Australia reported in June 2019 that:

Population growth impacts are being felt in fast-growing cities as infrastructure is placed under pressure, including congestion on our roads and crowding on public transport. 77% of population growth over the coming 15 years is projected to occur in our fast-growing cities,12 leading to pressure including road congestion growing by $18.9 billion to $38.8 billion in 2031.13

Australia has had immigration settings in place for over two decades to try and encourage a more even pattern of migrant settlement. Policies in the general skilled migration and employer sponsored programs, under various visa names, have offered concessions to those settling in regional areas and those less populated capital cities such as Adelaide, Hobart, Darwin and Perth.

These programs have had varying levels of success in dispersing population more equally across Australia. Employer sponsored visas (currently the 187, soon to be 494 visa) that tie a migrant to a job in a regional location and the provisional skilled visa (currently the 489 visa, soon to be 491 visa) with a regional residency requirement have been the most successful.

However, neither of these, or any other visa product, can enforce that a person live in a particular location once the requirements of a temporary or provisional visa have been met and permanent residency have been achieved. Australia has no way of forcing a permanent resident or citizen to live in a particular location, so regional towns and cities have ultimately had to retain migrants by providing attractive places to live and work.

The one constant over time has been that there is a disconnect between what the policy sets out to do, and what outcomes are actually achievable.

In a migration policy context, ‘regional’ refers to a defined list of areas within Australia that qualify as a place of residence and work for regional visas.

The Department of Home Affairs currently defines ‘regional’ by publishing the postcodes of regional Australia and low population growth metropolitan areas. Basically, the definition excludes the capital cities of Sydney, Melbourne, Brisbane and Perth. It also excludes the smaller cities of Newcastle, Wollongong, the Central Coast and the Gold Coast.

With the introduction of two new regional visa subclasses, the 491 and 494, the ‘regional’ definition will be changing. The definition of regional Australia will be expanded and simplified to include all areas of Australia except the metropolitan areas of; Sydney, Melbourne, Brisbane, Gold Coast and Perth. This means that Newcastle, Wollongong and the Central Coast will be added to the ‘regional’ definition.

Within the regional definition there are still some challenges, and it does not address the overall congestion issue. How to get more Australians to live in our smaller, less congested cities like Adelaide, Hobart and Darwin will remain a challenge.

While the regional migration program can somewhat address this, it then becomes an issue of how to get more migrants to live in small towns all over Australia that might be less attractive options than the ‘regional’ capital cities.

What has worked well?

These visas, currently available as the subclass 489 visa, have become the main tool for jurisdictions with smaller capital cities to attract migrants. This is because it is the only visa product that contains a regional residency requirement while holding the visa and to be eligible for permanent residency afterwards. Importantly, this condition is enforced by the Department of Home Affairs.

The new 491 visa, which will replace the 489 visa from 16 November 2019, will see the time required to be eligible for permanent residency increase from two years to three years. This means that the visa product will become an even more powerful tool for regional areas to retain migrants they nominate.

Employer sponsored visa, whilst not without their issues, have generally benefited regional areas due to the concessions available and the fact that migrants are tied to a regional location with that employer. Having suitable employment is also key to positive settlement outcomes, and this visa guarantees this.

The new 494 visa from 16 November (replacing the 187 RSMS visa) and DAMAs (utilising the 482 visa) will erode many of these advantages for regional areas by increasing requirements for employers and applicants, and offering overall less attractive visa products. While there has been much fan-fare around the introduction of DAMAs, they (and the new 494 visa) are not expected to be utilised as much by employers as the products they have replaced.

The 187 RSMS visa, which is a permanent residency visa, is being replaced by a provisional visa that has a three year wait to be eligible for PR. While this ties the person to the regional area, this was somewhat achieved through the employment conditions under the 187 RSMS visa. Ultimately, the 494 visa will be less attractive option for prospective migrants.

As part of the general skilled migration stream, areas defined as ‘regional’ have always been able to sponsor both a provisional and permanent visa. Currently available as the subclass 190 visa, permanent residency state/territory nominated visa does not have any legally enforceable requirement that the recipient live and work in the state or territory that actually nominated them.

This has been a disadvantage to states like South Australia, Tasmania and the Northern Territory that have seen migrants they nominate for a 190 visa simply settle in Sydney or Melbourne - either upon arrival in Australia or a few months later. This is even more of a disadvantage because those receiving the permanent residency visa have typically done so because they have higher levels of skills or experience. Historically, the permanent visa was only available for occupations that were in the highest demand or where the applicant achieved a higher points-test score.

We are now seeing more jurisdictions preference the use of the provisional visa (which has residency requirements) over the permanent visa. South Australia recently announced in its 2019/20 Budget that it will increase the proportion of nominations for the provisional visa to 70 per cent of overall skilled migration nominations.

Practical ideas to assist regions in attracting and retaining migrants

It is estimated that there are between 10,000 to 13,000 subclass 187 visa applications on-hand to be processed by the Department of Home Affairs. This represents a significant number of people that are theoretically ready to live and work in a regional area. While some might already be onshore working, the visa grant would give them certainty about their future and they would be more willing to put down roots in the regional location.

Under the 187 RSMS visa,  there is a cancellation provision in S137Q of the Migration Act. This means that the 187 RSMS visa holder must make a genuine effort to live and work in the regional area for two years from the date of the visa grant.

This is a powerful way to ensure that 187 RSMS visa holders stay in regional areas for at least two years.

Currently a holder of subclass 489 visa can live and work in any regional area of Australia, not just in the state or territory from which they received the visa nomination. While this can benefit larger ‘regional’ capital cities, it ultimately weakens the overall program and equal dispersal of migrants.

Address the needs of small towns and outback Australia

The first thing the Australian Government could do is to thoroughly review the needs of small towns and outback Australia that have been negatively impacted by recent visa changes. The unique employment conditions and skills needs of regional areas, which do not fit neatly into existing visa products, need to be given greater consideration. The remoteness of some of Australia’s regional towns and cities makes them less attractive settlement locations, even when there are promising employment opportunities. By investing in large infrastructure projects, such as high-speed rail linking towns and cities in south-eastern Australia, would make living in regional areas much more attractive.

There are many reasons why the Australian Government could now put large public service departments in regional areas:

What we know about changes to the skills points test, including partner points

What does the federal election result mean for Australia's immigration program?