Australian Temporary visa holders and Permanent Residents with criminal charges and convictions face visa cancellations and deportation under section 501 of the Migration Act! 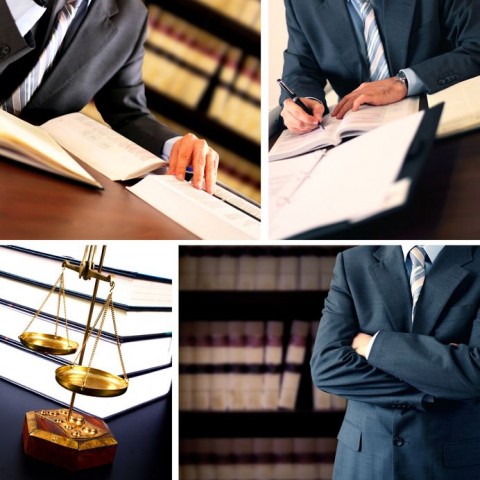 Earlier today news broke that former Adelaide gang leader Vince Focarelli has received a Notice of Intention to Consider Cancellation (NOICC) from the Department of Immigration and Border Protection (DIBP). The Minister of Immigration, Peter Dutton has exercised visa cancellation powers granted to him under section 501 of the Migration Act 1958.

Since the power to cancel visas was amended in December 2014, there has been a large increase in visa cancellations compared to the previous period. The number of visas cancelled under section 501 of the Migration Act increased from 76 cancellations in 2013-14 to 983 cancellations in 2015-16. The Commonwealth Ombudsman published a report about the Minister’s new cancellation powers and identified various issues which have placed visa holders facing visa cancellation and deportation various hardships and difficulties. The report also provides a few recommendations which demonstrate the need for the cancellations powers to be exercised with consideration.

Some have been deported while others are challenging the decision to cancel in the courts.

The two main types of character cancellations – discretionary or mandatory

There are two main types of visa cancellation under s501 of the Act, which are:

If the Minster is considering a discretionary cancellation, then the Minister must follow a process which includes providing a Notice of Intention to Cancel.

There are a range of factors that the Minister or the Ministers delegate must weigh up before proceeding to make a discretionary cancellation.

The primary considerations und Direction 65 that the Minister must take in to consideration before cancelling a visa include:

a)  Protection of the Australian community from criminal or other serious conduct;

b)  The best interests of minor children in Australia;

c)  Expectations of the Australian Community.

There are also “Other Considerations” detailed in Direction 65 which the Minister must consider, which are:

In deciding whether to cancel a visa, other considerations must be taken into account where relevant. These considerations include (but are not limited to):

b)  Strength, nature and duration of ties;

e)  Extent of impediments if removed.

Under section 501 part (3A) of the Migration Act the Minister must cancel a visa that has been granted to a person if they:

The significant rise in visa cancellations has been the result of decisions made under the mandatory cancellation s501(3A) in December 2014.

What do you need to do when you receive a Notice of Intention to Consider Cancellation (NOICC)?

Migration Lawyer Chris Johnston will be able to provide assistance for visa applicants who have received a visa application refusal and visa holders who are facing a possibility of having their visas cancelled. We can help you with the following:

Each visa type and circumstances are different for everyone, and will require a different approach when submitting an appeal or response to the DIBP. More importantly you need to seek migration advice immediately to be able to submit your appeal or response in time. The longer you take to respond the harder it will be to obtain or maintain your Australian visa.

Revocation of the Visa Cancellation Decision

If you want to apply to have your visa reinstated following cancellation, you must invoke your right to seek revocation by sending the request for revocation form to the Department within specified time frame.

A successful revocation may only be a short term win for you as the Minister has the power to cancel the visa again.If the Department does not agree to reinstate your visa, you may be able to appeal the decision at the Administrative Appeals Tribunal or the Federal Court.

While the news media has highlighted the visa cancellations of individuals with prominent charges or convictions, you should be aware that the section 501 visa cancellation powers can be extended to any visa holders who have a pending criminal charge or conviction. You do not need to have committed a serious crime or be a repeat offender to face visa cancellation under section 501. There have been cases where an individual charged with an offence (not convicted as yet) has had his visa cancelled while waiting for the court hearing, which can be a few months after the charge was made. As a result the individual was moved to a detention centre while waiting for the court hearing.

The current focus of the Minister and his department means that there will be more visa holders, temporary or permanent, who will be facing such cancellation notices and decisions. You are advised to seek counsel with a Migration Lawyer as early as possible if you are in a situation as such.

This information is accurate on 24 February 2016

Do you need help with an Australian visa application or visa cancellation decision?