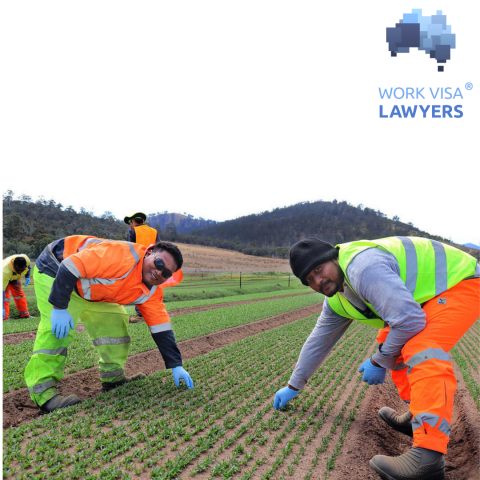 In a media release from the Australian Government on 23 August, it has been confirmed that the Australian Agriculture Visa will go ahead in 2021. In the statement it was announced that new Regulations would be in place by the end of September 2021. Speculation about the promised visa has been widespread since Australia’s Minister for Agriculture, Drought and Emergency Management, David Littleproud, announced in June that it would be coming soon. We wrote an article about the Agriculture visa at the time of the announcement, based on Minister Littleproud’s assertions, but the scope of the visa seems to have expanded substantially over the last few months creating more places in more industries. Who Can Get the Australian Agriculture Visa?

This is the big question. In June, Minister Littleproud announced that residents of ASEAN nations would be eligible for the visa but the media release made jointly by the Deputy Prime Minister and the Ministers for Agriculture, Immigration, and Foreign Affairs, said negotiations regarding participant countries are still ongoing. Given the visa has been promised in September, that leaves just 6 weeks to conduct international negotiations, sign bilateral agreements, and draft regulations! It may be that the decisions have already been made and are yet to be formalised, as the Ministers referenced Pacific and Timorese workers in their media statement, saying they expected numbers of people from these groups would double in Australia by March 2022. This brings our current list of possible participating nations to: What Type of Work does the Visa Include?

The Australian Agriculture Visa was initially said to include a variety of agricultural work such as dairy farming, cotton and grain harvesting, livestock care and fruit picking. The latest statement however says the visa will extend to more process based labour, such as:

While the visa is expected to have a relatively low skill requirement compared to other skilled visas, applicants are still likely to be placed where their existing skills are best suited. With a broader scope of roles available, this means more roles will be available and more opportunity for workers to make the trip. How Long Can I Stay in Australia?

This is the most exciting part. In their latest media release, the Ministers have said the conditions for the Agriculture Visa are yet to be decided but that they will “consider permanent residency pathways and regional settlement”.  If this becomes the reality, the visa would be a very attractive option for many workers who have been unable to achieve the points needed for the General Skilled Migration Program such as the 189, 190 and 491 visa. What Else Do We Know?

Until the Regulations are released, we cannot be sure of the details, but Minister Littleproud has said the Australian Agriculture visa will be “uncapped”, and arrivals will be in addition to existing international flight cap numbers, rather than taking the place of Australian residents and their family.

The only hindrance at this stage is the need for quarantine facilities to accommodate arriving workers.  The Federal Government is creating the visa, but the responsibility to quarantine arrivals is that of the State Governments.  Some states are saying that while they desperately want the workers, they do not have capacity to quarantine them all.  How this hurdle will be overcome remains to be seen, but one thing is for certain, necessity is the mother of invention and we have the motivation - Australia needs more agriculture workers now!

Do you need legal help? This information is correct at the time of publication but is subject to change without notice.  All information provided on this page is provided for purely educational purposes and does not constitute legal advice.  For advice on your situation, please speak with an Immigration Lawyer or a Registered Migration Agent.

Photos courtesy of Department of Foreign Affairs and Trade (CC BY 2.0)

Is your 457 employment going to end?

Are you an international student graduate in Australia? Do you have an Australian Citizen or PR relative in SA? You may be eligible for Chain Migration nominated visa!